Steady For The Win

[I’ve been struggling this week with getting both feet off the ground which has led to some real self doubt. After 3 rounds I just don’t feel quite like myself and that is hard to swallow. I can hear the clock constantly ticking toward the next round and yet another week of staring at my shoes and not putting them on. Then I saw a woman at the gym this week who had legs the size of my arms and she was gripping crutches with her hands while her caregiver held the back belt loop of her jeans. For the 10 minutes that I struggled to run 1 mile she maybe walked 1/10 of that mile. As I started walking to catch my breath I caught up to her and introduced myself. (These are the things I dream of doing but rarely do.) Well I’m so glad I did because her smile lit up the track and her caregiver told me that she walked 41 miles last week on top of her physical therapy. I don’t know what caused Rachel’s legs to get so thin or why she needs the leg braces but I do know that it isn’t something she is going to heal from. Her situation isn’t going to get more ideal. I’ve been thinking since then that slow doesn’t win the race but steady sure as hell does. I’m getting slower with every round but hell if I’m going to stop. 5.3 miles today at a snail’s pace and I had to walk up the hill but that’s ok. I’ve got 5 days until Round 4 and I’m going to think of Rachel with every step.] January 8, 2016

The more I step outside of myself, the more amazing people I meet. Rachel was just the first in a line now. She was moving SO SLOWLY yet SO STEADILY. I can’t imagine the time it took for her to walk 41 miles, but I bet it was longer than most people would be willing to endure. Me included.

But if I’ve learned anything over the last 41 years, it’s that we all do what we have to do to get by. I hate hearing people say ‘I don’t know how you do it. I can’t imagine.’ I’ve had to learn to deal with the cards I’ve been dealt and so have you.

You know what I’m proudest of?

Birthing my girls and nursing them strong.

Couples therapy with my husband.

Coming to terms with my dad’s death after 10 years.

Going through cancer treatments with a fucking smile on my face.

The easy stuff doesn’t get you anywhere. 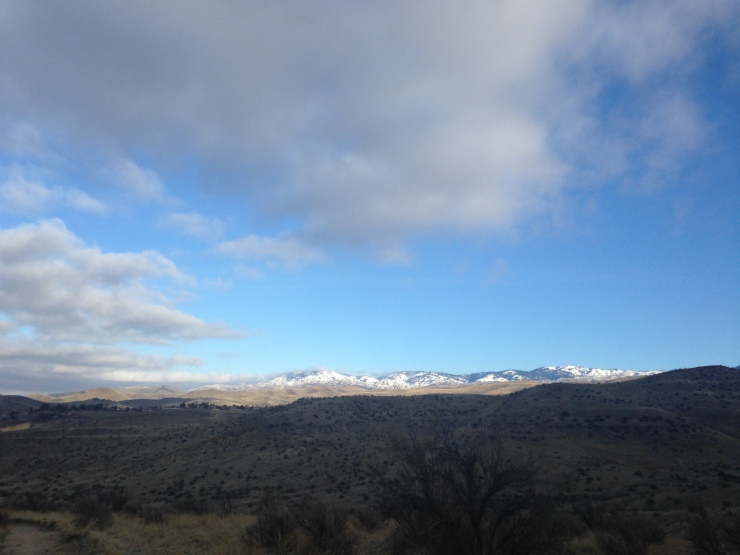 [My Kestrel summit this morning. Check out what I found out about Rachel HERE. I live under a rock. What a dope. At least I recognized greatness without being told!] January 11, 2016

So I found out that Rachel is a world class triathlete. Go figure. This is Boise after all. I wouldn’t run into her for another 2 weeks, but when I did I pleaded ignorance and she laughed. She assumed I knew who she was and what had happened.

I still feel badly that I assumed her situation wouldn’t improve. Believe me – she has changed my mind about that! She invited me to her house to help her train on her treadmill one afternoon. It’s a thoughtful although slightly jerry-rigged system with weights and pulleys so Rachel is secure on the treadmill and she isn’t carrying all of her weight. More importantly, we talked about how we keep moving forward inspite of our setbacks. We shared our tricks for keeping our spirits high. And we just plain old asked each other questions about where we came from and how we got here.

This is the stuff that matters to me. These are the connections that I’ve gained through this cancer journey. PRICELESS.

Rachel wants to compete at the Ironman World Championship in Kona because that’s what she was training for when she was hit. I don’t doubt that she’ll make it.

2 replies on “Steady For The Win”