[I went to ‪#‎rawartistsboise‬ tonight and met @darlingbirdjodi and she changed my life. Jodi’s grandmother died of breast cancer but left a jar of old keys for her. Jodi didn’t know what she was going to do with them and a couple of first attempts failed. She then realized that she could “draw” on them with her wood carver. Mine says BRAVE on one side and FREE on the other. When I told Jodi that my friends have been telling me how brave I am, she removed the necklace from its paper and showed me the word WARRIOR stamped on it. We cried and hugged and now we’re friends. I’m declaring it so.] March 25, 2016

I can remember trembling slightly as I walked up to Jodi holding the necklace I had picked. It was the only thing that spoke to me at the whole show. I told her that my friends had been telling me how BRAVE I was. I had a cute beanie on with a pompom on top to cover my bald head since I was a little over 3 weeks out from my last infusion. Safely out of my nadir but still very much feeling the effects of the chemo and still somewhat emotional.

I told Jodi the keys were AMAZING and she told me the story of her grandmother dying after numerous bouts with breast cancer and leaving her the jar. I told her that I had only had breast cancer once but that was enough for me. I also told her that in the middle of treatments, I found that I was truly FREE – from pleasantries, from fakeness, from woulda’s and shoulda’s, from regrets, from fear.

Then I took off my beanie. 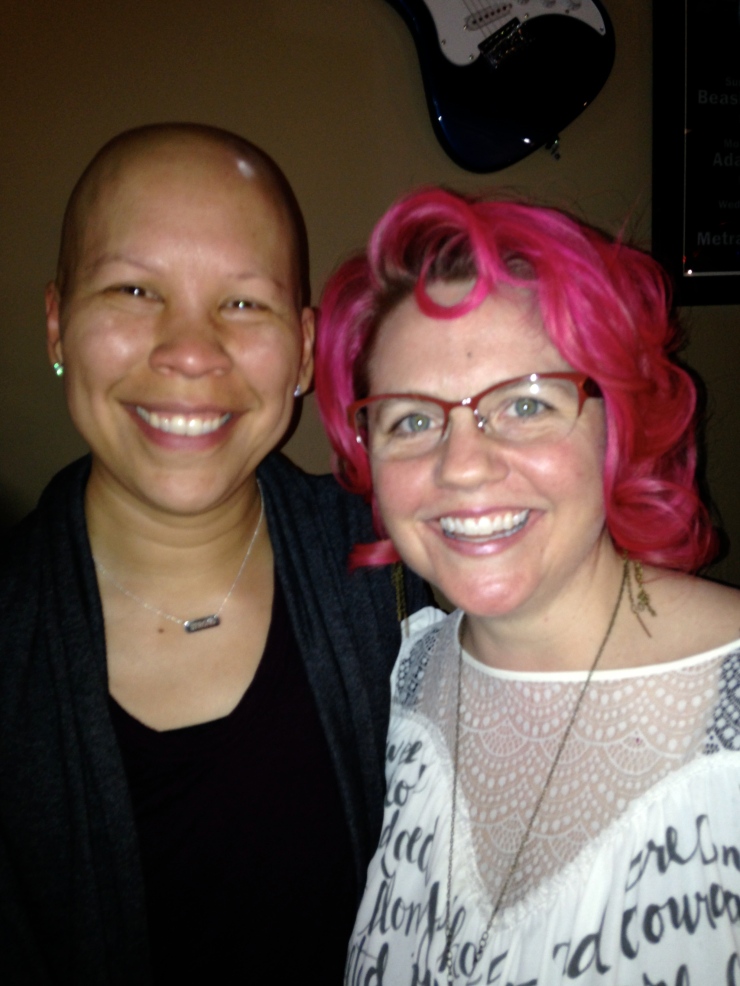 “beautiful words” is a line of products designed by Jodi Miller promoting the idea that words create and words can bring life. “beautiful words” seeks to unlock the potential in another person — carrying promise that transcends cultural boundaries — with the purpose of delivering beauty, hope, and light into the world. “beautiful words” empower each individual — from those who help to create them, to the ones who give them, and ultimately, to those who receive them — helping each person to know and experience that they are created to be loved and, in turn, love others deeply. – darlingbirdstudios.com