What I Did On My Summer Vacation

To commemorate the start of a new school year, I wrote a piece for you: What I Did On My Summer Vacation. (I’m such a good student.)

Admitted to myself that I have something to say…

I’m sure my husband never doubted it…but I did. Ha!

I started off the summer with this Design Mom interview. I never believed that a New York Times best-selling author and award-winning blogger would be interested in little old me (except maybe in the way, way back of my mind where I secretly fantasized that she would). I am so grateful to my friend and writing partner-in-crime, Mel, for encouraging me to reach out to Gabrielle. While I was preparing the interview, I stressed and cried and stressed some more and stayed up writing into the wee hours and very frequently wondered what I had gotten myself into, but in the end I am really proud of the result.

When I walked into my therapist’s office at the end of May, something was just different. It wasn’t the first time I had walked into her office happy and excited about my prospects (hint: you don’t need to be sad and depressed to benefit from therapy), but I think we both just knew that it was time to take a break. I had reached a good place and our weekly sessions just didn’t seem necessary anymore.

It had been almost two years since we met and together we tackled a mound of difficult issues. I learned a lot about dealing with my emotions and finally recognized that my reality was in fact only my reality (hint: this helps when interacting with other people who see things differently). I will be forever grateful for the safety and guidance that were provided by my therapist. With her help I was able to cope with my cancer and finally mourn the loss of my dad. At that last appointment, we parted with a warm hug, a knowing look, and a “you know where to find me.”

I can be difficult. I mean well, I swear. But I can be stubborn, righteous, and controlling.

So this spring I invited my in-laws to Boise. It may not sound like much, but it was a big step. It had been a few years and I’m not proud of how I always acted over that time, but I wanted to move forward and make things right.

And guess what? We had a wonderful time together! We went to the Discovery Center, the new skate park, the zoo, and paid this guy a visit in the Bodo. He’s been staring at people on Front Street for two years now!

I feel like we are living in divisive times right now, and it scares me. I hate to think that we are lashing out at one another because of fear and misunderstanding. We talk to the girls a lot about what it means to respect people’s differences, and even celebrate and appreciate those differences. Isn’t it FUN to be different?! Of course the girls are too young to understand sexual attraction and transgender issues, but they certainly understand what love is and why people who love each other want to be together.

With numerous elections coming up this fall, I will continue talking to them about my belief that ALL PEOPLE deserve to be acknowledged and protected under the law. It’s fundamental really.

Saw my baby off to sleep away camp…

You have to be 7 years old to attend the Y Camp at Horsethief Reservoir, and Dylan was 7 years and 8 days old on July 18th when I dropped her off. She had a friend with her and she couldn’t have been more excited. Sometimes I like to think that she is full of confidence because I have always been there: waiting at the back of library story time, watching from a bench at the park, and volunteering in the corner of her kindergarten classroom. She always knows where to find me and I’m never far. But taking credit for something that seems innate in her feels wrong. Dylan is driven by her desire to be social and she loves nothing more than making new friends. What’s impressive to me is the fact that she is brave enough to deal with her nerves in order to try something she thinks she is really going to enjoy.

When I told her that her friend Reese was nervous about going to camp, Dylan said, “Well, I’m nervous too.” To which I replied, “But you said you wanted to go even when you thought you were going alone?” To which she matter-of-factly stated, “Well that didn’t mean I wasn’t nervous.” I was the kid who was too nervous to even try.

I wasn’t surprised that we didn’t know many other 7-year-olds that were ready to go off to camp from Monday to Saturday, but I was surprised by the number of friends who were shocked that Will and I were willing to let Dylan go. We had no reservations and were excited to encourage her independence and support her in something she wanted to experience.

But of course picking her up was pure bliss!

Said goodbye to my Paw Paw… 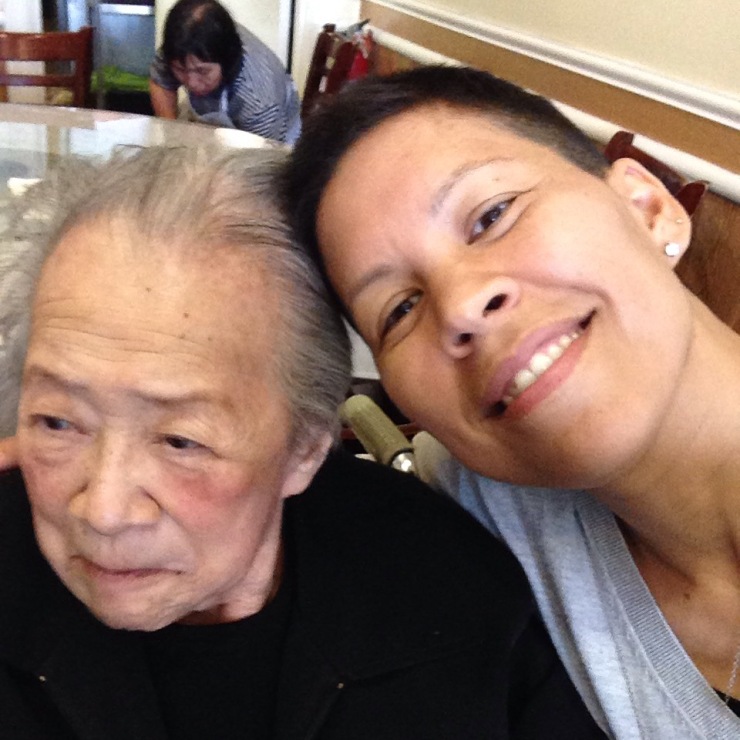 My Paw Paw (Cantonese for maternal grandmother) turned 95 years old on August 7th, so we drove out to San Francisco for a big family dinner to celebrate. When we arrived, Paw Paw was still in the hospital where she had been for most of the week. She has dementia which makes her repeat herself, lose track of who people are, and forget to eat and drink. So she gets dehydrated and needs fluids and medical care at the hospital. Well, this time they decided it was the last time. She was discharged in time for her birthday dinner, but she was sent home with a hospice bag.

It’s all hard to swallow: food and water for her, the fact that my Paw Paw doesn’t remember the relationship we used to have (or who I am most of the time), and the fact that this very well may have been the last time I will ever see her alive again. So I kissed her forehead as often as I saw her over the week that we were there and I told her that I loved her.

Have you ever had to say goodbye to someone and walk away before they died?

Is it enough for me to hold our entire relationship in my head? The summer I spent with her during graduate school when she taught me how to knit while watching The Price Is Right. The almost weekly phone calls I made to her for years before she fell and stopped acting like herself. The time she gave me a hand-written copy of her secret beef jerky recipe that the whole family wants.

What is more valuable – the memories of our relationship when we were both whole or the endurance of her physical presence? It’s like her body is just a reminder to me now of all the times we shared, but it is impossible for our relationship to grow anymore. I am living in the past. So I find myself already mourning her passing yet scared of her actually dying.

Now I’ll lighten the mood with a bit of trivia for ya. In the photo above, there is only one breast between us. Ha! Paw Paw had breast cancer twice and as a consequence, a single mastectomy each time. Because both instances were post-menopausal, I was always told it wasn’t genetic. My extensive genetic testing last year proved it! I guess it’s just another part of the special bond between me and my Paw Paw. 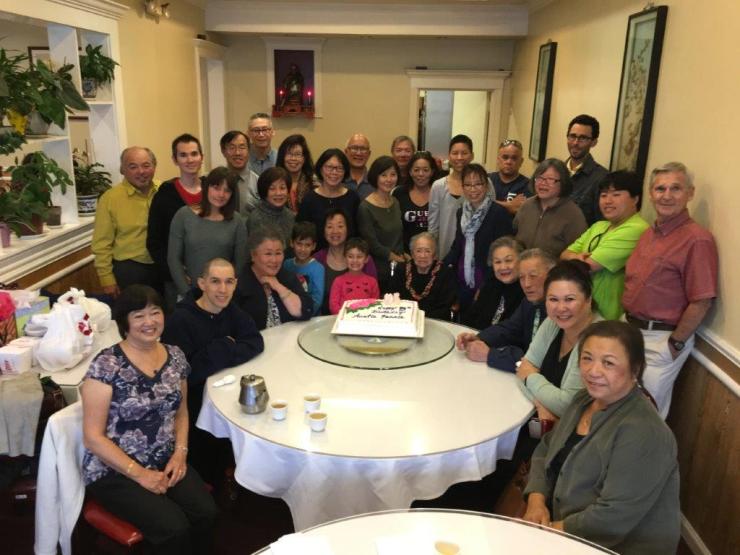 And on that note, I suppose I have to admit that I am still feeling nostalgic. This family of mine looks pretty big in the photo, but Paw Paw represents an entire generation that has passed. But as I dropped Dylan off this week for her first day of 2nd grade, I was happily reminded by the eager smiles of hundreds of children that life does in fact go on. Lalalala life goes on.

3 replies on “What I Did On My Summer Vacation”